Fitted with a carbon fibre fuel tank and body panels, polished billet aluminium swingarm and frame, the V4CR also features a compact framework and a shorter rear frame for an aggressive and commanding stance.

New Delhi | Anirban Mitra: TVS-acquired Norton Motorcycles has revealed a prototype of the V4CR - a Café Racer derivative of the V4SV superbike. This is the first prototype to be designed, engineered and built at the recently opened global headquarters in the UK. The Cafe Racer shares the same engineering DNA -- 185bhp, 1200-cc V4 engine and engineering advancements with the V4SV.

Fitted with a carbon fibre fuel tank and body panels, polished billet aluminium swingarm and frame, the V4CR also features a compact framework and a shorter rear frame for an aggressive and commanding stance.

Robert Hentschel, Chief Executive Officer, Norton Motorcycles, “The prototype VC4R is the next step in Norton’s strategic growth plan on its journey to becoming the world-leader in luxury hand-crafted motorcycles.” 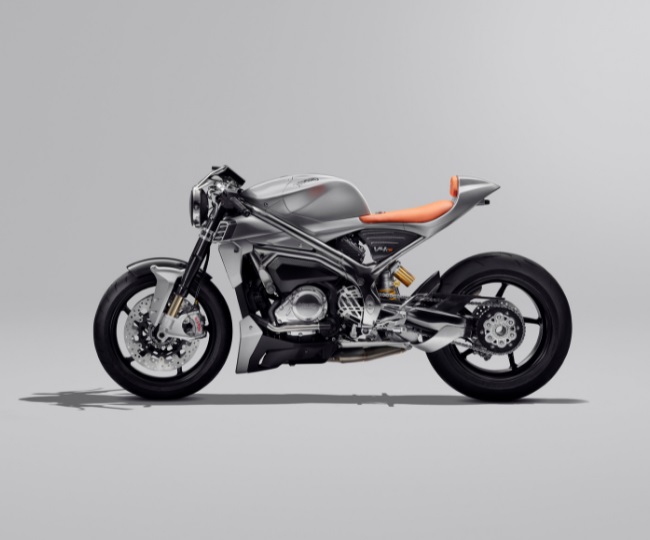 The V4CR prototype is Norton’s latest project to use the marque’s refined V4 platform, revised over the last 16 months by a team of 30 engineers and subject to tens of thousands of road and track miles, as part of Norton’s unrelenting development process.

Also Read
Driving A CNG Car? Check These Maintenance Tips To Save Your Money

Norton Motorcycles was founded in 1898 as a manufacturer of fittings and parts to the two-wheel trade. Norton Motorcycles went on to become one of the most iconic British motorcycle brands, manufacturing famous models such as the 650SS, Atlas, Commando, Dominator, Manx, Navigator and more.

In April 2020, Norton Motorcycles was acquired by TVS Motor Company, India’s third-largest motorcycle manufacturer. Norton is based out of a new manufacturing facility in Solihull, West Midlands.

Also Read
Mahindra Recalls Over 19,000 Units Of XUV700 And Scorpio-N And The Reason..
Related Reads