Co-developed by Maruti Suzuki and Toyota Kirloskar Motor, the duo of Grand Vitara and HyRyder are set to stage a grand entry during the festive season

Would you prefer 25 kilometres to a litre of petrol or a sharp handling car for your daily ride? If you choose the former, Toyota Kirloskar Motor surely has something to offer. Meet the HyRyder Urban Cruiser.

It has been a while since Hyryder has started reaching the dealerships and the company says the numbers are encouraging. So, let's dive directly into the drive experience.

Co-developed by Maruti Suzuki and Toyota Kirloskar Motor, the duo of Grand Vitara and HyRyder are set to stage a grand entry during the festive season. These C-SUVs will be available in 1.5-litre mild-hybrid and strong-hybrid engine options and we had a chance to sample the latter for a few hours.
Let’s address the elephant in the room, first. The 115-horsepower, 3-cylinder Atkinson cycle motor is the least power generating in the segment, which has the likes of Creta, Seltos, Kushaq and Taigun.Fire up the engine, the HyRyder starts in EV mode by default. So, the cabin feels as silent as a tomb. 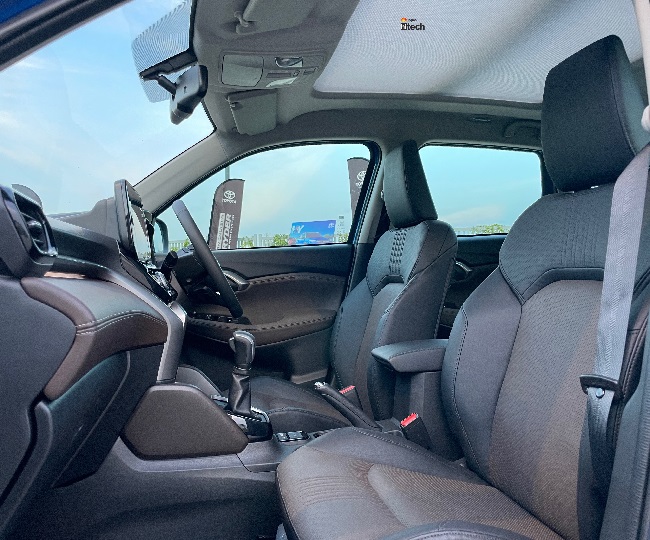 Accelerate gradually, the self-charging battery sends power to the motor. Floor the pedal, and the motor to engine switch is seamless. During slowing down, the retarding force at the brakes recharges the cells in the market. On average, the electric motor powers the HyRyder half the time. We covered 120 kilometres during the test run on the streets of Bangalore and were able to achieve 23 kmpl.

While fuel efficiency impresses, the performance and handling are a bit of a compromise. Outright acceleration is one of the slowest in the segments. A 0-100 kmph sprint is clocked in over 13 seconds, making it a whole two seconds slower than turbo versions of Creta, Seltos, and Taigun. 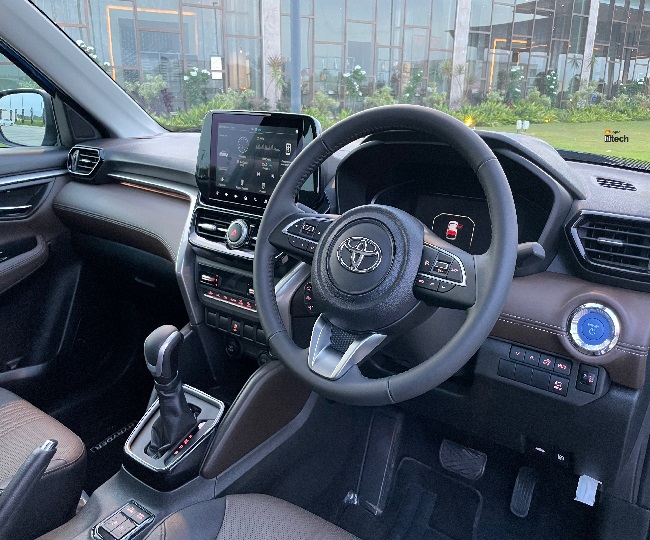 The ride quality is plush. The softly-sprung suspension devours most road undulations without passing them on the passengers. The 200 mm-plus ground clearance also helps in tackling the speed breakers comfortably. The steering wheel is light, resulting in easy manoeuvrability of Hyryder in tight city spaces. However, when pushed hard, the directional changes will not instil outright confidence. Hyryder is anchored by dual disc brakes. The stopping power of brakes is assuring.
Related Reads
This website uses cookie or similar technologies, to enhance your browsing experience and provide personalised recommendations. By continuing to use our website, you agree to our Privacy Policy and Cookie Policy.