What's good about Tiago and Tigor CNG is the way they drive and the creature comforts on offer. The mileage is a bit of compromise yet as a package these models rise above the ranks without breaking a sweat.

New Delhi | Anirban Mitra: Whether becoming the second-biggest carmaker in 2021 or a dominating EV player, the meteoric rise of Tata Motors has been creating headlines for quite some time now. Add to the list, the entry-level CNG cars launched recently aim to tap the ever-growing market of alternative fuel.

Let me get straight to the point, Tiago and Tigor are the first factory-fitted CNG-powered cars from Tata Motors and the duo offer ample differentiating factors over the ones on sale from Maruti Suzuki and Hyundai Motor. Are they good enough and begging for your attention is what we try to unfurl in the story.

It's the same 1.2-litre, Revtron petrol engine from the internal combustion variants that underpins the CNG models. In CNG mode, the 3-cylinder engine can churn out 73 bhp and 95 Nm. The petrol fuelling, on the other hand, extracts 86 bhp and 113 Nm from the engine. So, on paper, there is a drop, yet Tiago and Tigor are the highest power-rated CNG cars among rivals.

The engine is mated to a 5-speed manual gearbox. No automatic is no offer with the CNG models, which to me is an opportunity missed out here. 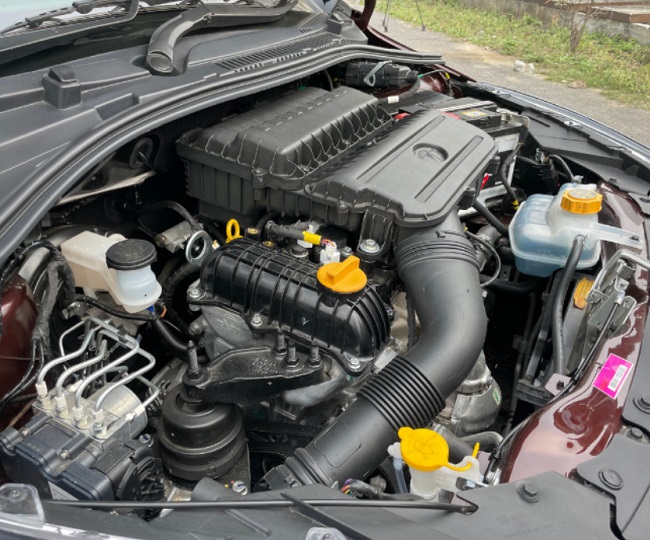 Firstly, the addition of a CNG kit (60-litre tank) has added up to 100 kilos to the kerb weight of the models over petrol counterparts. To compensate for the added weight, suspensions are retuned. Secondly, the brake pads in the Tiago CNG are improved, which have been shared with the Tigor CNG.

In terms of engine response, the CNG fuelling seems sufficiently precise, with occasional jerks. The power delivery is linear and for most cases on road delivers grunt to overtake. The company is claiming an average of 26.5 km/kg in CNG modes.

The transmission is easy to row. Adding to the comfort is the light clutch and its short travel. Also, these Tata CNG cars come with first-of-its-kind in the market with direct CNG ignition. 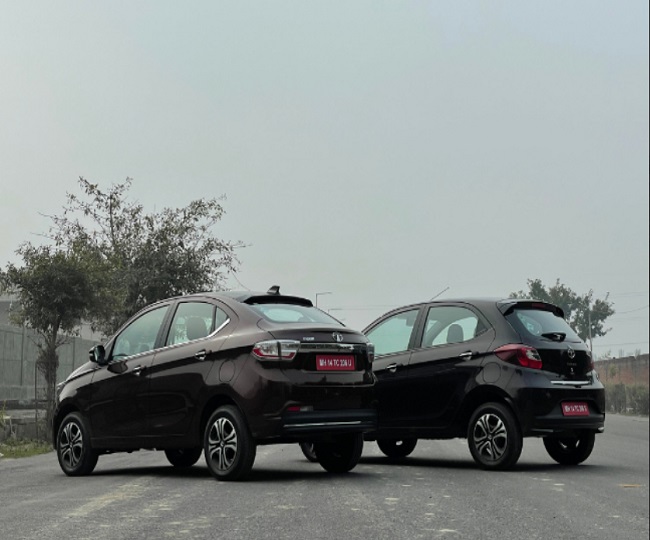 The fuel efficiency is significantly lower than comparative CNG cars from Hyundai and Maruti Suzuki. However, the key differentiating factors are ride quality, safety and features offered in Tiago and Tigor.

Both Tata CNGs feel planted between 80 kmph and 100 kmph - an attribute we tend to associate with most Tata products on sale. The ride quality is poised over bad patches and uneven surfaces or it's safe to say these Tata cars tackle road imperfections in a manner that will put rival cars to shame.

There is a likable heft to the steering wheel, which builds up as the cars gain pace. However, I desired greater accuracy with the quick directional changes.

If you consider Grand i10 Nios, Aura, Celerio, WagonR or any other CNG offering from Maruti Suzuki or Hyundai, the choice is limited to mid-level trim only, where creature comforts are just a handful. Tata Motors has risen above tokenism, offering the CNG option in either top trims of the entire trim portfolio.

This means, a full-loaded Tigor or Tiago CNG model will entail a touch screen with Android Auto and Apple CarPlay, Harman Kardon Stereo, LED headlights, automatic AC and other creature comforts which were supplied to the BS6 facelifts of petrol-powered variants. 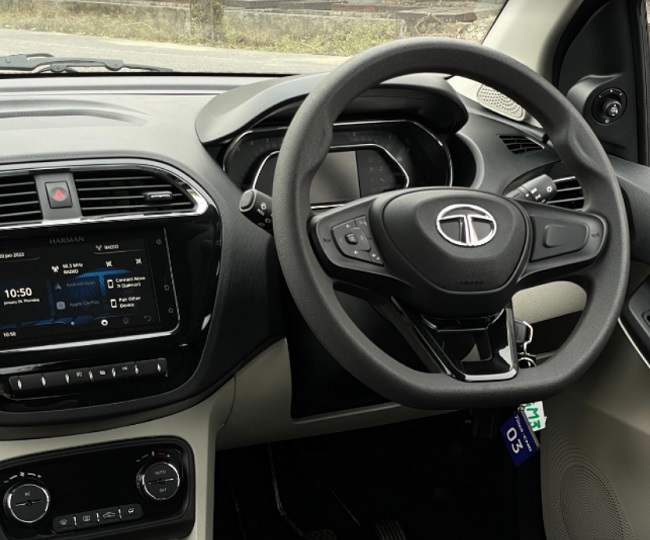 Both Tigor and Tiago had scored 4-star in the global crash test rating. The same scores don't imply on CNG variant, however, Tata Motors is confident of pulling off similar results with CNG. Dual airbags, ABS with EBD and cornering stability control are among the safety equipment list.

Understandably, the boot space has taken a huge hit due to the placement of the CNG tank. Tiago CNG offers 80 litres and Tigor CNG 205 litres.

What's good about Tiago and Tigor CNG is the way they drive and the creature comforts on offer. The mileage is a bit of compromise yet as a package these models rise above the ranks without breaking a sweat. It's just the beginning. The success with CNG models may clear the path for more Tata cars to hit the stands.

PLT IN SECOND = 0.002127025
Jagran English brings you all the latest and breaking news from India and around the world. Get live English news from India, World, Politics, Entertainment, Lifestyle, Business, Education, Sports, Technology, and much more. Follow english.jagran.com to stay updated with the latest English news.
Copyright © 2022 Jagran Prakashan Limited.