New Delhi | Jagran Auto Desk: As Asia’s biggest automobile exhibition, Auto Expo 2020, entered its second day, the motor show witnessed a number of unveils and launches. In the two-wheeler category, Suzuki Motorcycle India Private Limited (SMIPL), today unveiled the all-new Suzuki Katana at the Auto Expo 2020. The 999cc motorcycle has been launched with the same name as the popular sport touring motorcycle from Suzuki launched in the 1980s and 1990s. 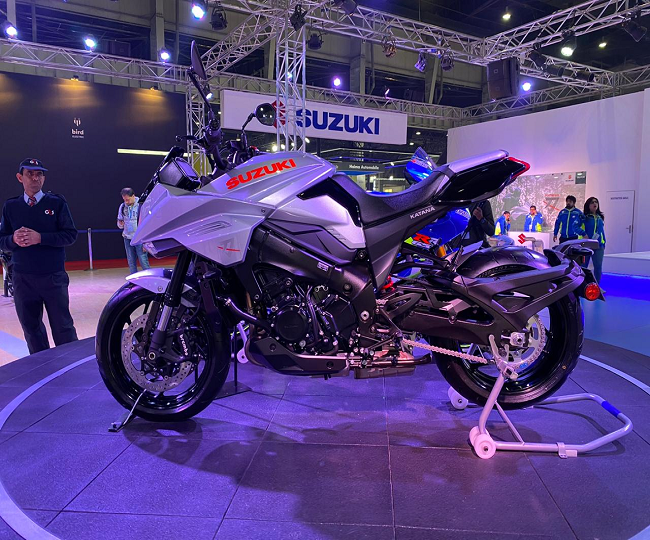 The bike also borrows some architecture of the Suzuki GSX-S1000F, including the twin-spar aluminium frame and the square-ish headlight. However, the design of the new Katana is slightly different, with a modern bodywork, giving it a neo-retro flavour. The new Suzuki Katana also offers a full-colour TFT screen and the square-ish LED headlight.

The Suzuki Katana has already been showcased in international motorcycle shows like the 2018 Intermot show in Germany, as well as the EICMA 2018 show in Milan, Italy.

The suspensions of the motorcycle are handled by a fully-adjustable KYB 43 mm USD fork at the front, and a link-type mono-shock set-up at the rear. The bike is also equipped with three-level traction control which can be switched off. Braking is handled by Brembo, with radial callipers and ABS. However, the sharp and sculpted bodywork adds weight to make it 215 kg bike. 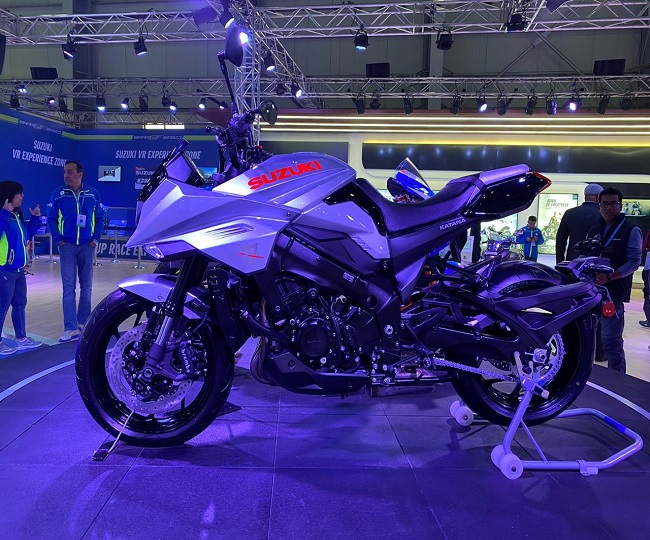 Suzuki motors, for now, has unveiled this motorcycle at the Auto Expo 2020 to gauge the mood of the audience. The company is expected to launch the Suzuki Katana in India, later this year if the bike manages to garner considerable consumer interest. However, the company will be not be launching the Katana as a fully imported completely built unit (CBU), but are looking forward to assembling it in India from completely knocked down (CKD) kits to keep prices competitive.